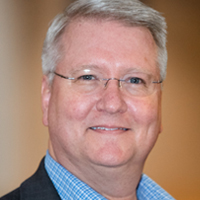 CHICAGO — December 10, 2019 — Industry veteran Ben White has joined NAMA as Director of Education & Training. His responsibilities will include overseeing the association’s education efforts, curriculum development for a variety of programs (NAMA Show, Coffee Tea & Water, the Executive Forum), as well as the online NAMA Knowledge Center. He will also serve as staff liaison to the NAMA Education and Coffee Services committees.

A graduate of Indiana University of Pennsylvania, Ben began his career at a Maryland Coca-Cola bottler, where he was later named Cold Drink (vending machine) Manager.

His work in that role led him to an 18-year career at Monumental Vending, ultimately serving as Director of Operations. His key accomplishments included the development of Monumental University, a comprehensive onboarding program. In 2012, Ben launched Vending Insights, a consulting firm providing training and data analysis services to operators throughout the United States and Canada.

For the past 3 years, Ben served as a software implementation expert at Crane, providing him the opportunity to teach, train, and support operators throughout the world.

“Ben’s passion for teaching, speaking, and learning which will be a valuable asset to the industry in his role as NAMA’s Director of Education and Training,” said Lindsey Nelson, Vice President of Programs and Services. “We’re delighted Ben is part of our team.”

“I have been proud to be a member of the industry my entire adult life, and I look forward to helping our members stay smart, strong, and motivated,” said Ben White.